Our tour begins in Reykjavik, capital city of Iceland. Explore the sights of the city, then onward to Iceland’s most famous sites all encompassed in what is referred to as the “Golden Circle”. Bring your cameras on the optional whale watching tour next day or opt to explore Reykjavik on your own. Next, on to explore the South Coast with a museum tour and the waterfall, Skógafoss. Discover more Iceland history on your travels  and take a dip in the famous Blue Lagoon before your flight home. 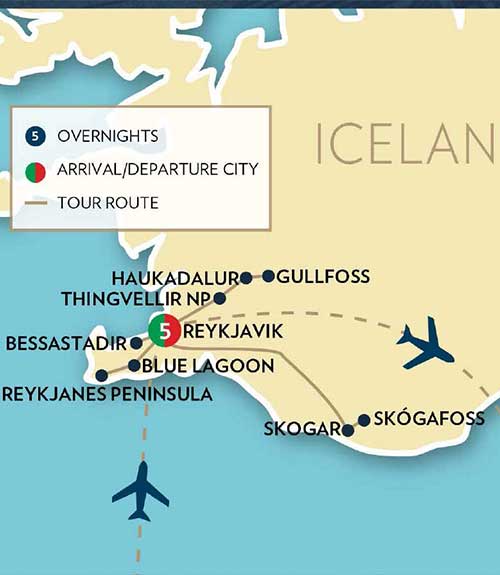 Day 2 – Arrive Reykjavik, Iceland. Arrive in Reykjavik, Iceland and meet your Tour Director. Reykjavík, Iceland’s capital, was founded in 1786 and is the largest and most populated city in Iceland. Enjoy a panoramic Reykjavik City Tour and visit Iceland’s National Museum. The Museum’s permanent exhibition entitled The Making of a Nation, allows you to walk through Iceland’s timeline from settlement to present day. Later transfer to your hotel and enjoy time at leisure. This evening enjoy a Welcome Dinner with your fellow travelers. ( D, overnight in Reykjavik.) 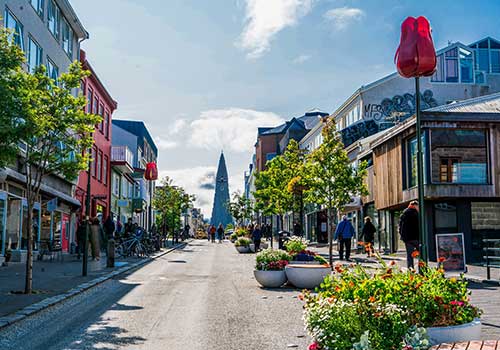 Day 3 – Reykjavik & Golden Circle Tour. Today depart on a full day Golden Circle Tour which is the name given to a 190-mile circular route which encompasses many of Iceland’s most famous landmarks. The three primary stops on the route are Thingvellir National Park, Gullfoss (meaning “golden falls”), and the geothermally active valley of Haukadalur, containing the Strokkur Geyser, which erupts every few minutes spouting water 100 feet into the air. Enjoy a short walk to the Strokkur Geyser area with a local & taste freshly baked ‘Hot Spring Bread’ cooked using the heat from the geothermal activity. Later return to Reykjavik. (B, overnight in Reykjavik) 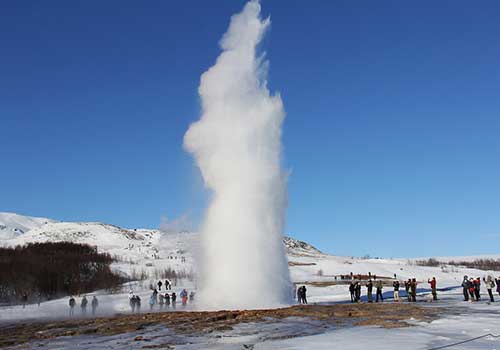 Day 5 – Reykjavik & South Coast Tour. After breakfast, depart on a full day South Coast Tour including a visit to the Skogar Folk Museum. Opened in 1949, this unique outdoor attraction is a collection of houses close to each other. With a population of roughly 25, this town was highly affected by the eruption of the Eyjafjalla Volcano in 2010. The area is known for its waterfall, Skógafoss, on the Skógá river. The Skógafoss is one of the biggest waterfalls in the country with a width of 82 feet and a drop of 200 ft. Due to the amount of spray the waterfall consistently produces, a single or double rainbow is normally visible. (B, L, overnight in Reykjavik))

Day 6 – Reykjavik, Keflavik, & Blue Lagoon. This morning depart for the picturesque Reykjanes Peninsula. Stop in Bessastadir, an ancient site and home to Iceland’s President. Then enjoy a visit to the Viking Ship Museum in Keflavik. Explore five original Viking ships from the 11th-century, as well as “The Glendalough Sea Stallion”, a reconstruction of a war ship from the Viking age. Later see Lake Kleifarvatn known for its hot springs and mud pots. Next, travel to one of Iceland’s most well known and visited attractions, the Blue Lagoon. The geothermal pool sits in the center of a large lava field. Enjoy time to relax and take a swim in the warm waters rich in minerals. Later return to Reykjavik for a Farewell Dinner with your fellow travelers. (B, D , overnight in Reykjavik). 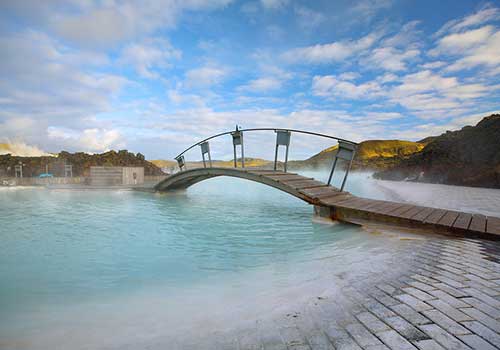 Day 7 – Flight Home. This morning transfer to the airport with wonderful memories of your Iceland Adventure.(B)

INQUIRE ABOUT THIS TOUR
READ ABOUT ICELAND

I grew up traveling with my family and I am always excited to see what is around the next bend. My first trip outside of the U.S. was in 2005 on a trip with my college and I was hooked. I love the perspective I gain while traveling, whether I am visiting a new country, experiencing a new culture, or just getting away from my day to day responsibilities to relax and clear my mind.

I became a travel agent to help others make their travel dreams a reality and as stress-free as possible. There is so much to see in this world and so many ways to experience it that it can be overwhelming and time-consuming to plan your own itinerary. This is where I come in. When I talk to a client about their travel plans, I instantly start thinking about what kind of memories they could make. Maybe you want a relaxing vacation with beautiful island views, or you want to explore caves or take a tour allowing you to connect with ancient history. A trip including all of the above is possible too! I want to help you plan a trip that gives you memories that will last a lifetime. 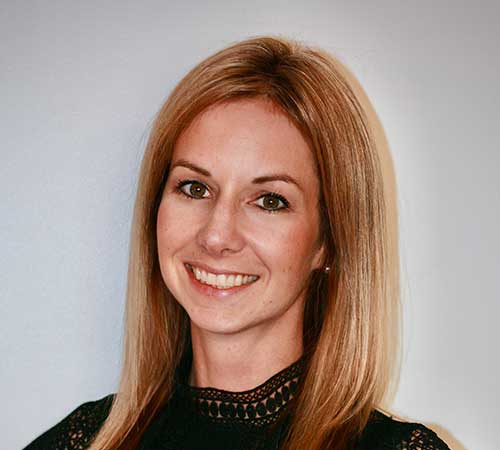 *Terms & Conditions:  Tour pricing is in USD, per person, for double occupancy. For single occupancy, add $1025. Travel protection insurance and items of a personal nature are not included in the fare. Travel protection insurance may be purchased separately at $375 per person. Tour is not considered booked until a $500  deposit per person is received. Final payment date is 75 days prior to departure. Other restrictions may apply.

For full details on this tour, please contact Terri Knott or your travel professional at this agency. See also booking form.
This agency reserves the right to correct any errors, omissions or inaccuracies in this publication at any time without notice.